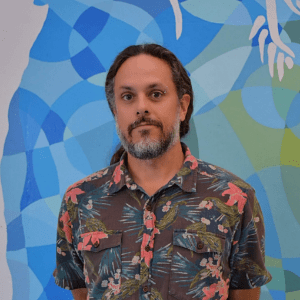 The day I arrived at school for my first teaching job, my principal told me that there had been a change. Instead of teaching 11th and 12th grade English, I was assigned to mostly 9th and 10th grade remedial reading. This was a surprise, but I was determined to take the new development in stride and approach my class with optimism and dedication.

I was especially invested in my school because it was was the same one I had attended growing up on the small island of Kauai in the state of Hawaii. While some things had changed since my return, many remained the same. The school is still home to a large multilingual and multicultural population. Some students or their families are recent immigrants from countries such as the Philippines or the Marshall islands. Many speak Tagalog, Ilocano, or other home languages, as well English.

The school also has a high percentage of kids who quality for free and reduced lunch, an indication of some of the socioeconomic challenges our students face. Many of the kids I meet, especially those who speak English as a second or as an additional language, try to hide this fact. Many strive to sound as “American” as possible in an effort to belong and skirt the discrimination that often comes with being “different.”

As I began my first year of teaching remedial reading, I realized almost immediately that the majority of the kids had been funneled into the class not because they had actual reading challenges but because of behavior issues or because English was not their first language. I highly doubted that these 80 plus, mostly boys of color, were the only students in school struggling with reading. What’s more, the class itself was doing very little to change the status quo for the students in it. The materials I was given to work with came in big colorful boxes and looked like materials for elementary kids. In fact, they were just that: childish, below grade level readers on basic topics such as building roads.

These were materials that failed to challenge students to think deeply or do any real digging. Consequently, the materials gave almost no avenues for growth to these kids who were hungry to learn. The magazines were also unbearably boring and sparked little interest. The idea that this content would help prepare students for college and careers was laughable, and that was exactly the message we were sending to kids in our own community: we don’t expect much from you and so we’re not going to demand much. We had closed doorways before students even realized the doors were there.

"These were materials that failed to challenge students to think deeply or do any real digging. Consequently, the materials gave almost no avenues for growth to these kids who were hungry to learn."

A few years later I had the opportunity to teach the Advanced Placement English course at my school. In the past, this class had only been available to about 20 juniors and 20 seniors, many of whom did not look like the majority of kids hanging out in the school courtyard. The AP texts and resources we had could not have been more different than those in remedial reading. While not perfect, these were complex pieces of literature all reserved for these “smart kids.” As I moved from teaching remedial to high level classes, the contrast was clear: For the select few, you deserve to think about these important novels and ideas. But you, over here, you can read this magazine about digging holes or building a road. The way we had limited access was crippling students and most of them didn’t even realize it.

Despite facing skepticism from some colleagues and leadership, I wanted to take a different approach that embraced the College Board's focus on equity and supported any interested student having access to AP classes. I was driven by my experience teaching the remedial class and my deep belief that all students have the potential to learn and grow. I also knew that potential had to be supported by  access to materials and instruction that would open up doors for them and prepare them for the years ahead. So that year, I removed barriers for students to take AP. I also personally went to every single  10th grader and told them that they were welcome in the class.  Many of the students were shocked; they had no idea that was even an option for them.

The next year, I had nearly 100 AP students, and over the next eight years that I was teaching the course, about a third of the juniors ended up joining each year. Many participants were kids who had previously been relegated to those old remedial reading courses. The change I witnessed in students who had access to high-quality, complex texts coupled with high expectations for the first time was astounding.

"The change I witnessed in students who had access to high-quality, complex texts coupled with high expectations for the first time was astounding."

They gained confidence in talking about big ideas and communicating in front of peers. A space was created where they could see themselves as having the same potential as their classmates because that was the unspoken understanding: we can all learn at a high level, and if our materials are demanding we learn at a high level. This belief in the value of their own thoughts, the conviction that ‘I have something important to say’ was inspiring and it reinforced my commitment to ensuring all students have access to the education they deserve.

When I think back to this time, two students especially stand out. One was a special education student who had been in remedial reading then chose to take Advanced Placement with me. The other was a student who had moved from the Philippines when he was 12 and had always been told that because he couldn’t  speak English well, he couldn’t be in higher level classes. He also joined AP. Both of these students ended up in college and excelling after graduation. Each cited their time in AP English as a turning point for them, the first time they realized what they might be capable of, because they had been invited in, because they experienced learning in a new way.

"This belief in the value of their own thoughts, the conviction that ‘I have something important to say’ was inspiring and it reinforced my commitment to ensuring all students have access to the education they deserve."

The learning community we created impacted not only students traditionally shut out but students of privilege as well. Seeing their peers as equals and spending a year learning in the same classroom changed the dynamic between various groups in the school, at least during the class period. As the students studied and discussed complex texts and ideas, they started to see no matter where we're starting from, we all have something to give, we all have worth, and we can celebrate our successes and failures together.

What I experienced is not simply an isolated inspiring story. It bares out in research as well. In TNTP’s 2018 report The Opportunity Myth some of the most compelling data was around the gains students made when they had access to quality, grade-level texts, strong instruction, and a teacher with high expectations: “When students who started the year behind had greater access to grade-appropriate assignments, they closed the outcomes gap with their peers by more than seven months.” Change in results is clearly possible—I have seen it with my own two eyes—but only if we’re willing to change our approach and invest in better resources.

"Change in results is clearly possible—I have seen it with my own two eyes—but only if we’re willing to change our approach and invest in better resources."

Every year we make a promise to students that by attending school and working hard, they are preparing themselves for college and career. But we are closing doors on them before they even have a chance to realize the potential they have and the options that are possible. By committing to quality content guided by high standards and high expectations we can ensure all doors remain open and all students will be equipped to walk through the ones they choose. 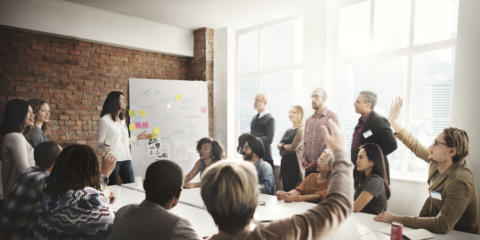 Teachers sound off on what every district leader should know about including educator voices in the materials adoption process. 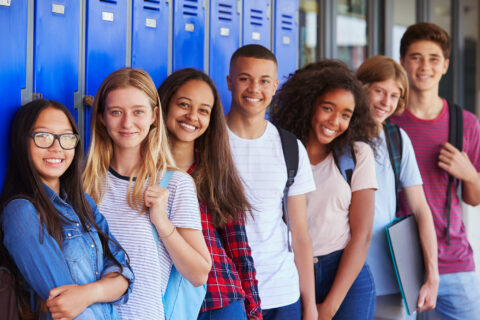 High school English teacher Jodi Hufendick discusses the importance of teacher voice in the EdReports review process and why educator reviews are so vital to student learning. 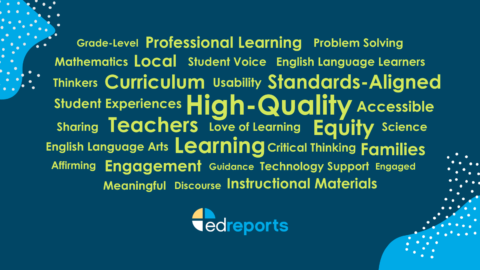 Educators Sound Off: How I define high-quality curricula

EdReports reviewers from around the country share the importance of high-quality curricula that speak to students' perspectives and lived experiences.
X