In 2010, Rhode Island was one of the first states in the nation to adopt college and career-ready standards. State officials recognized the role these standards play in helping to truly prepare students for success in higher education and beyond, but quickly found out that there simply weren’t sufficient materials and support to implement them well. Getting standards into practice was far more of a challenge than getting the standards in place.

“We developed a homegrown curriculum because we couldn’t find anything that was aligned,” said Diane Sanna, assistant superintendent from Bristol Warren Regional School District. “This meant we created a patchwork quilt of practices, approaches, and texts. There was little vertical continuity, and this could be tough for teachers who didn’t have all the resources needed to support instruction. They were constantly scrambling to fill in the gaps.”

Even though the state led the nation in being early adopters of rigorous college and career-ready standards, the support needed to implement the standards never became widely available. Ensuring students met the standards without key resources and supports was nearly an impossible task.

As teachers across the state dealt with the tough challenges of creating their own curriculum, and school and district leaders were faced with the consequences of inequitable access to quality materials, the seeds of change began to take root in Rhode Island.

Dive into EdReports’ expansive case study of Rhode Island profiling nearly four years of transformational work to overhaul its curriculum selection practices and evolve the culture around instructional materials. The state is an example of what’s possible when leaders advocate for change, solicit broad buy-in from educators, and center equity in their materials adoption process. 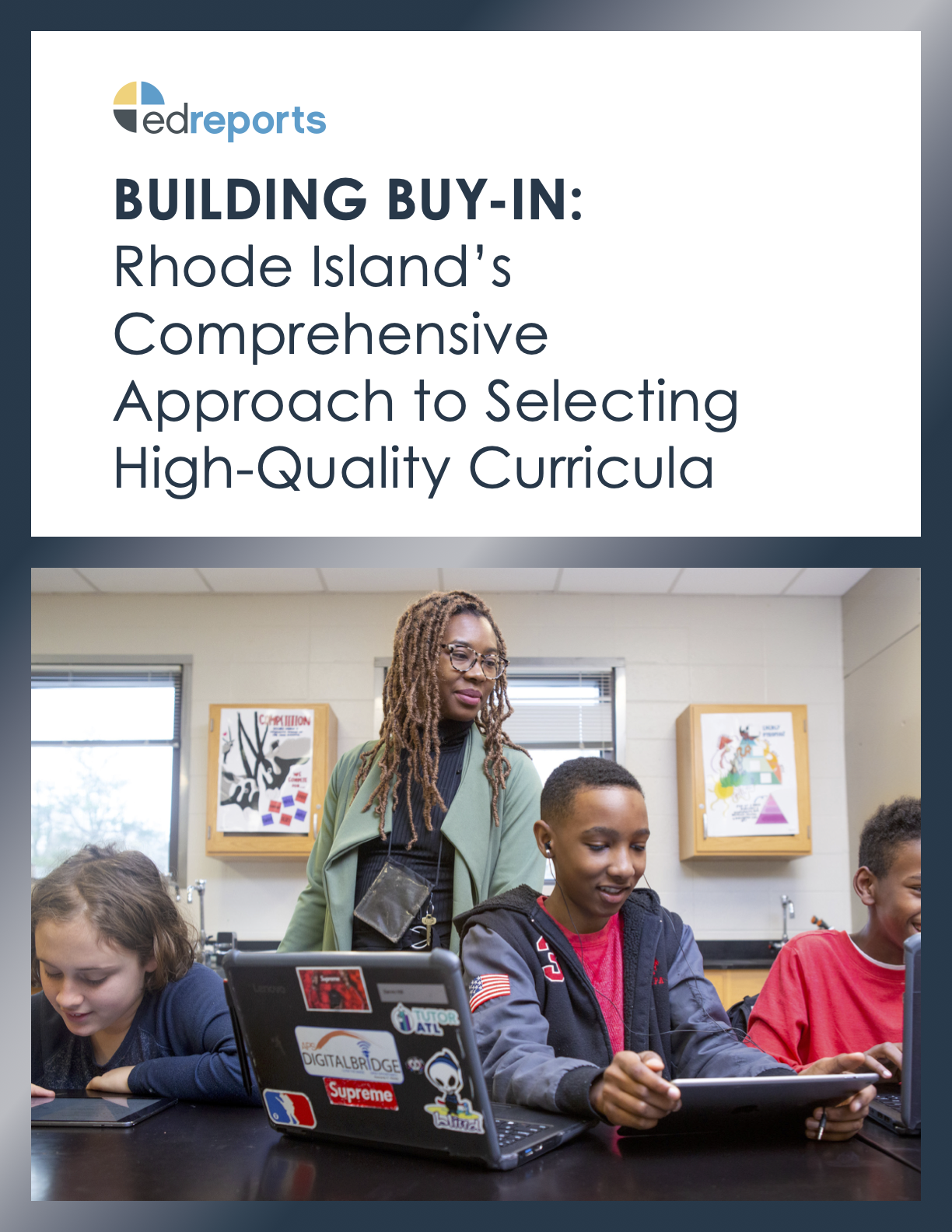 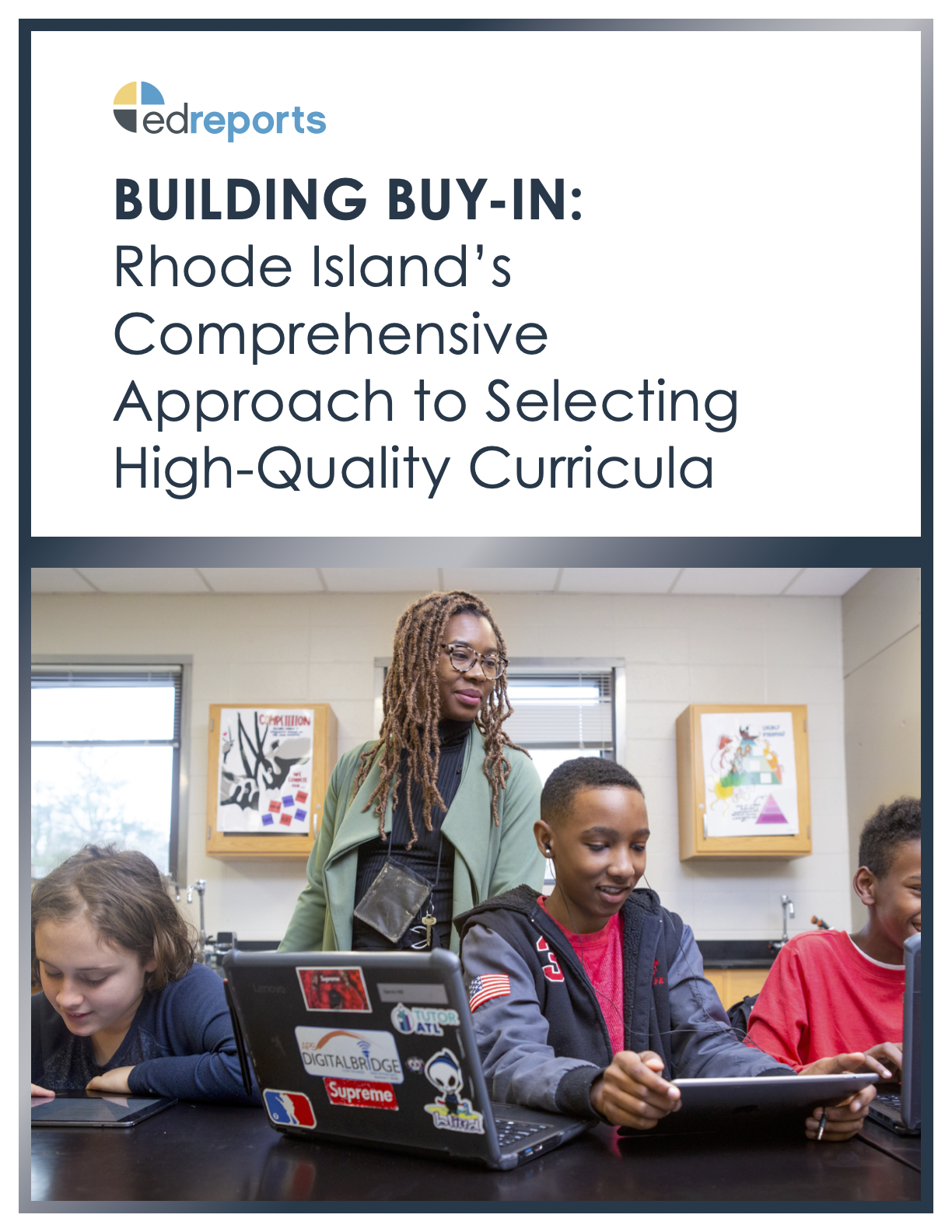 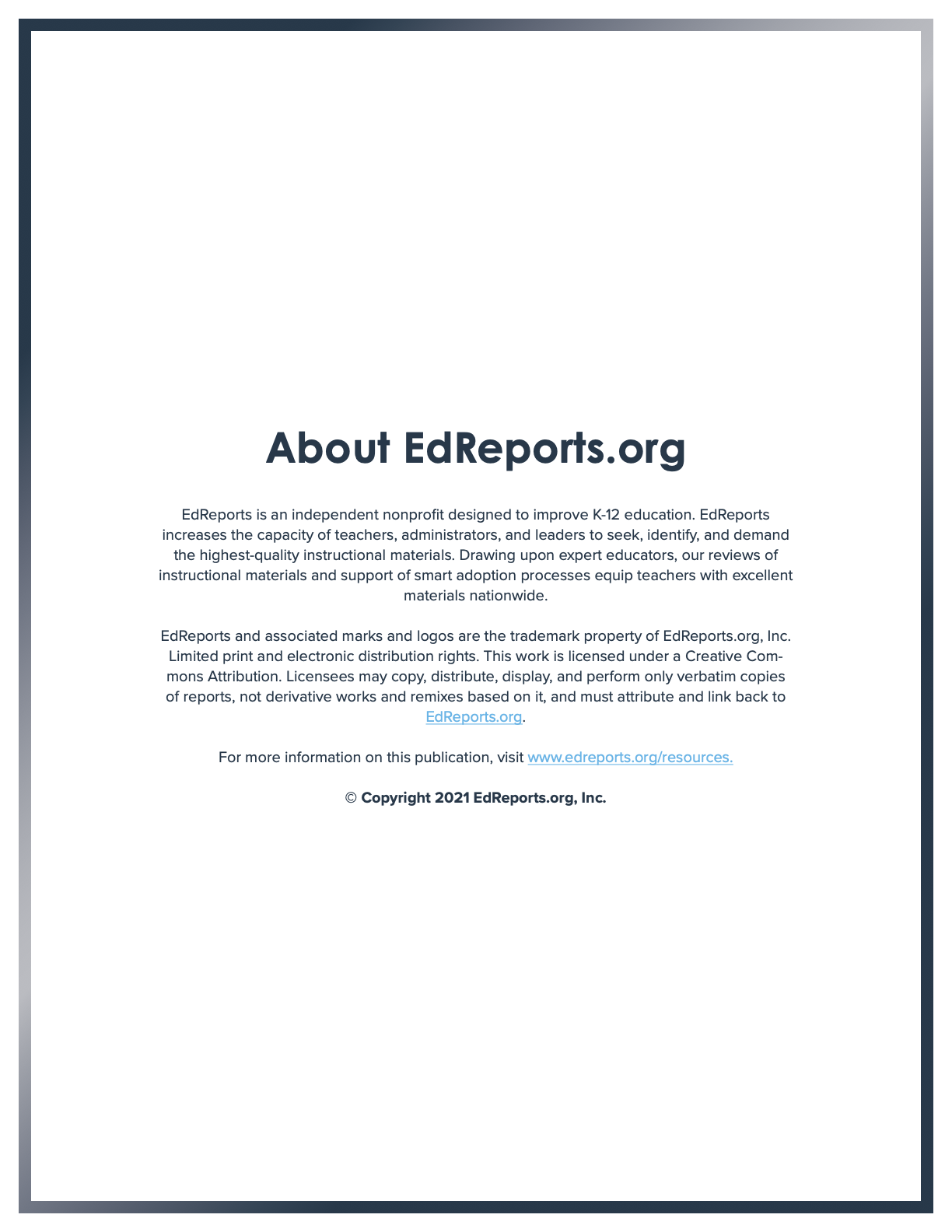 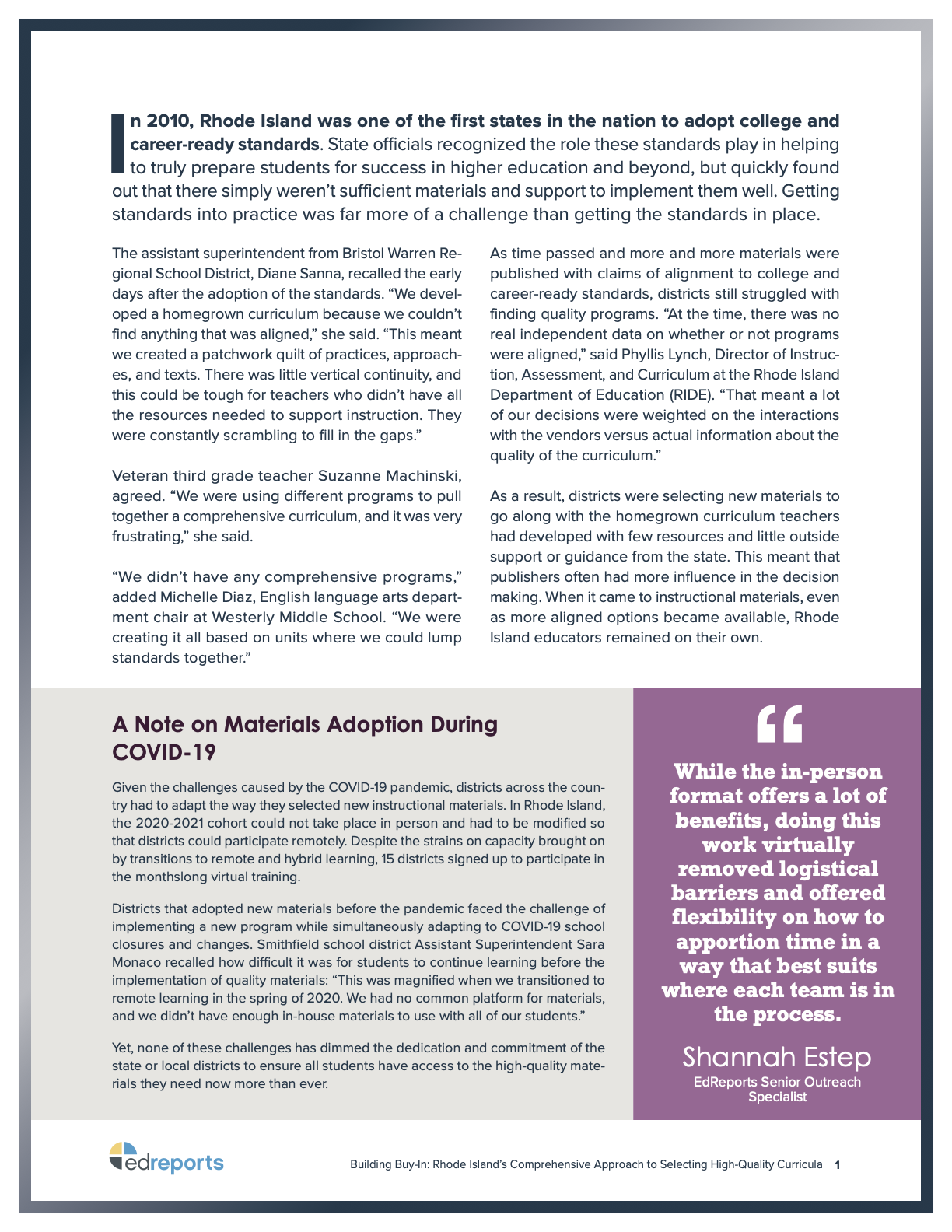 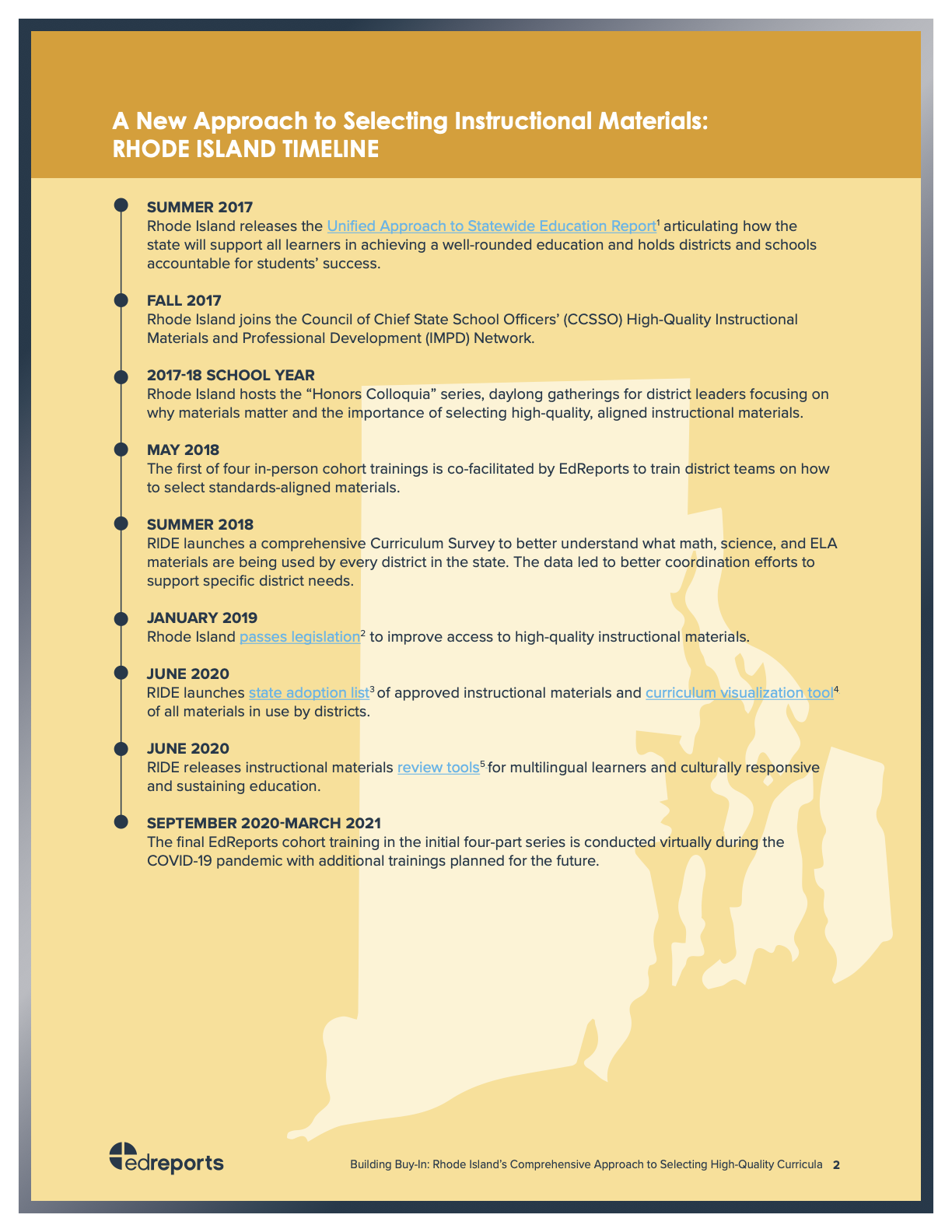 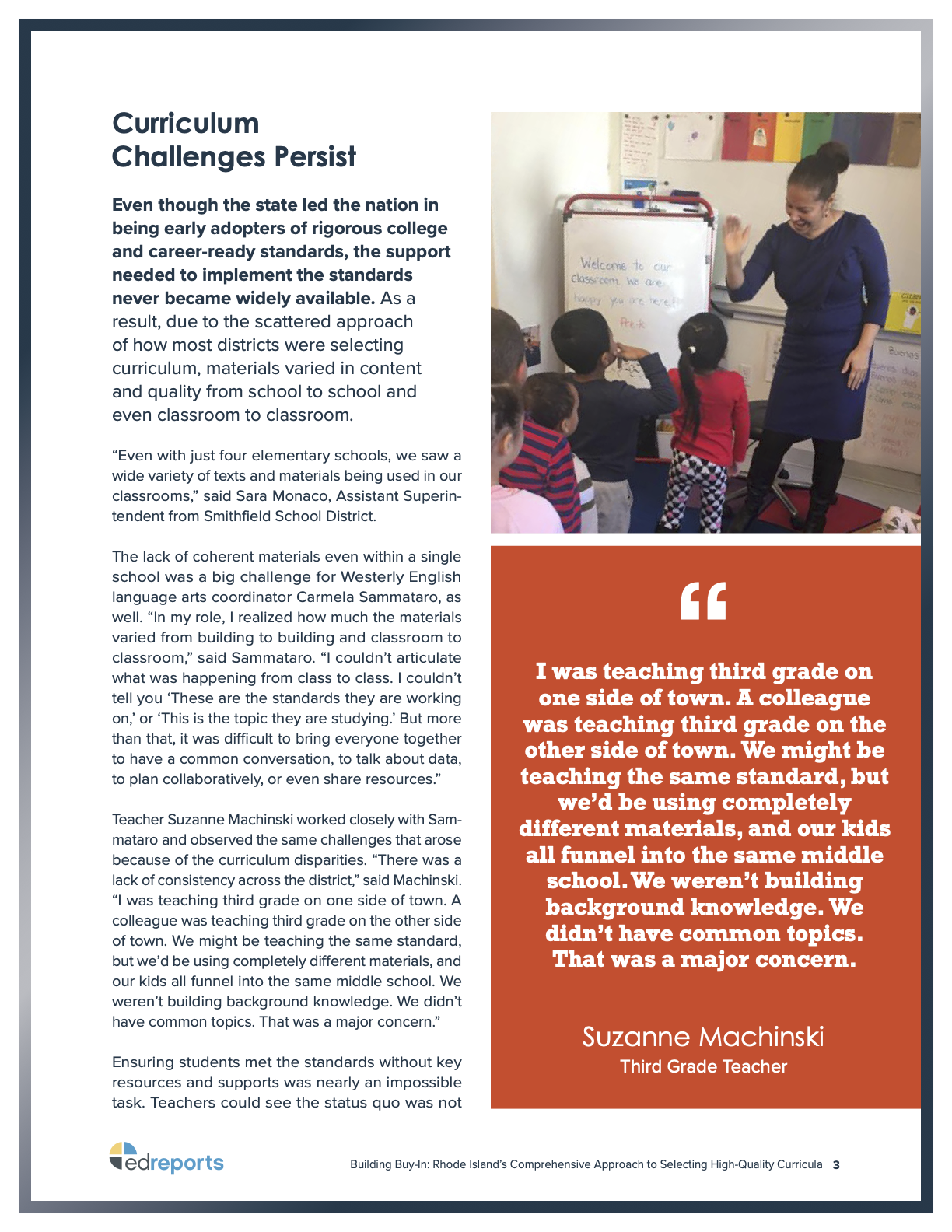 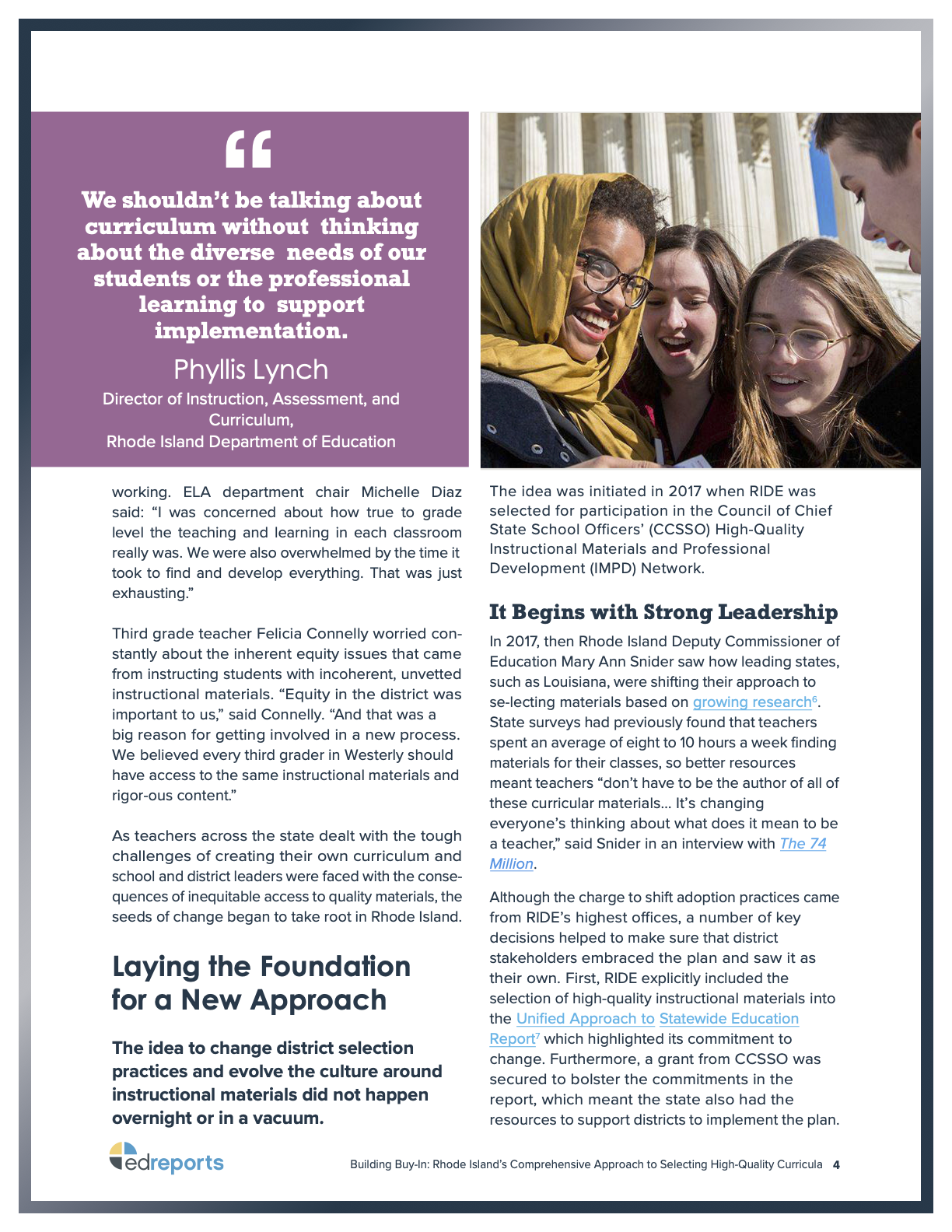 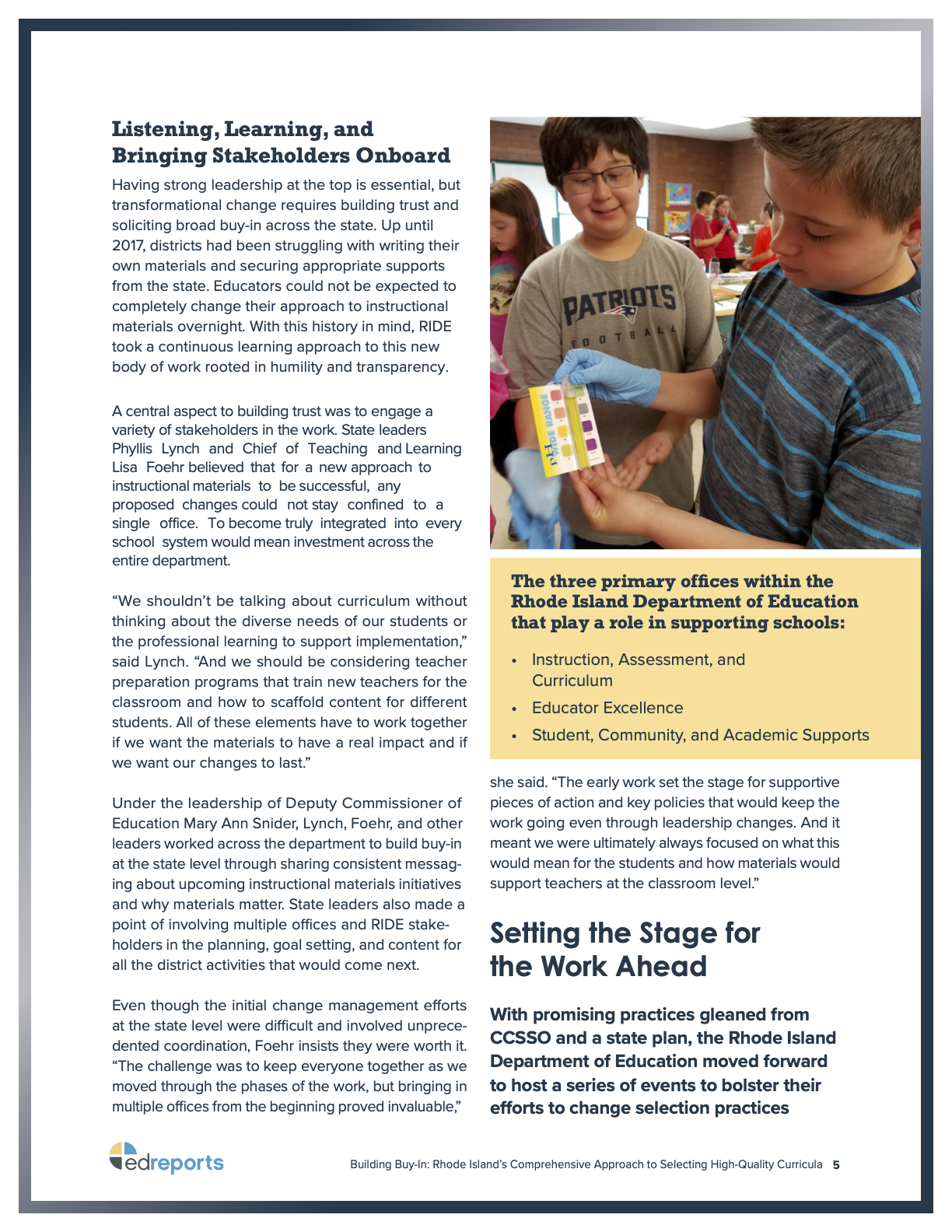 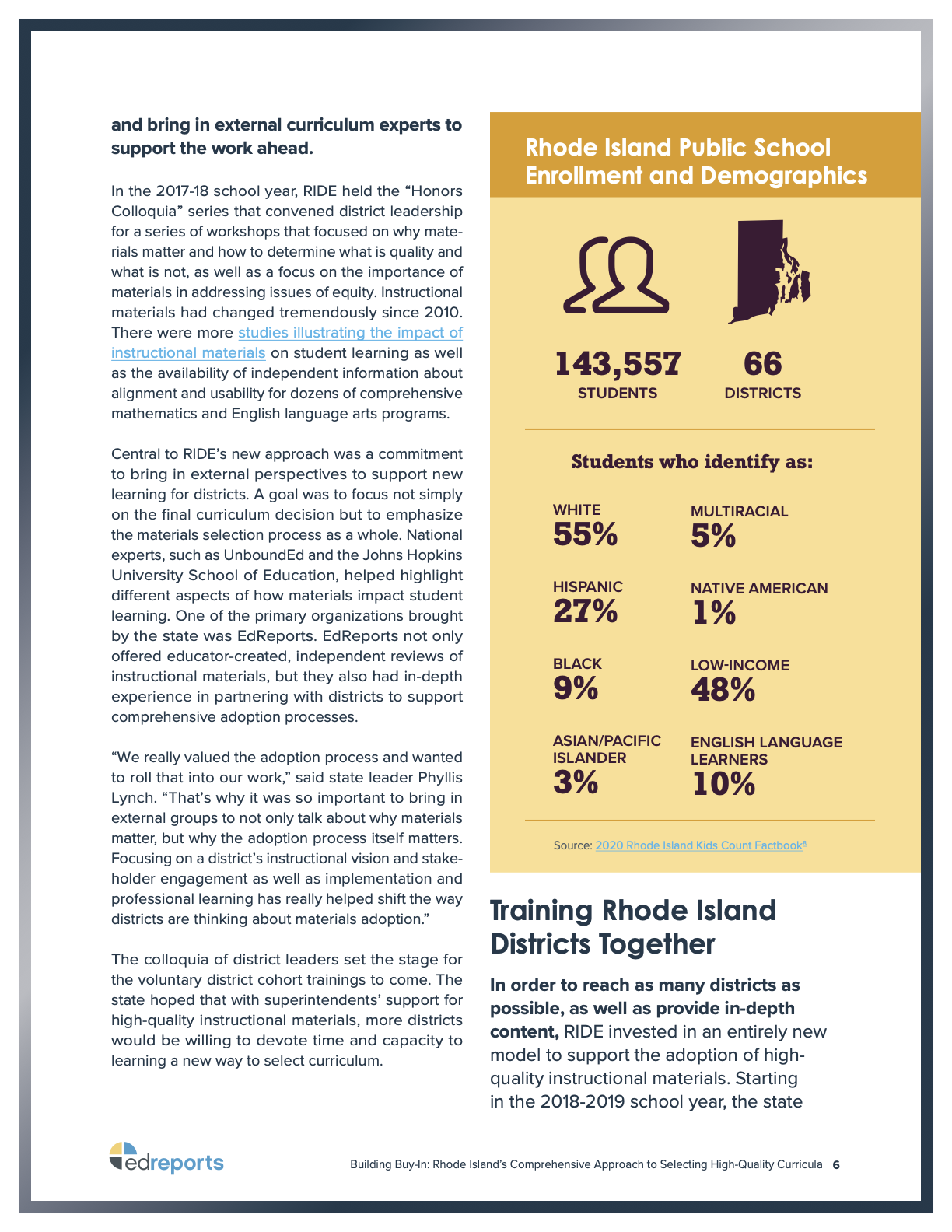 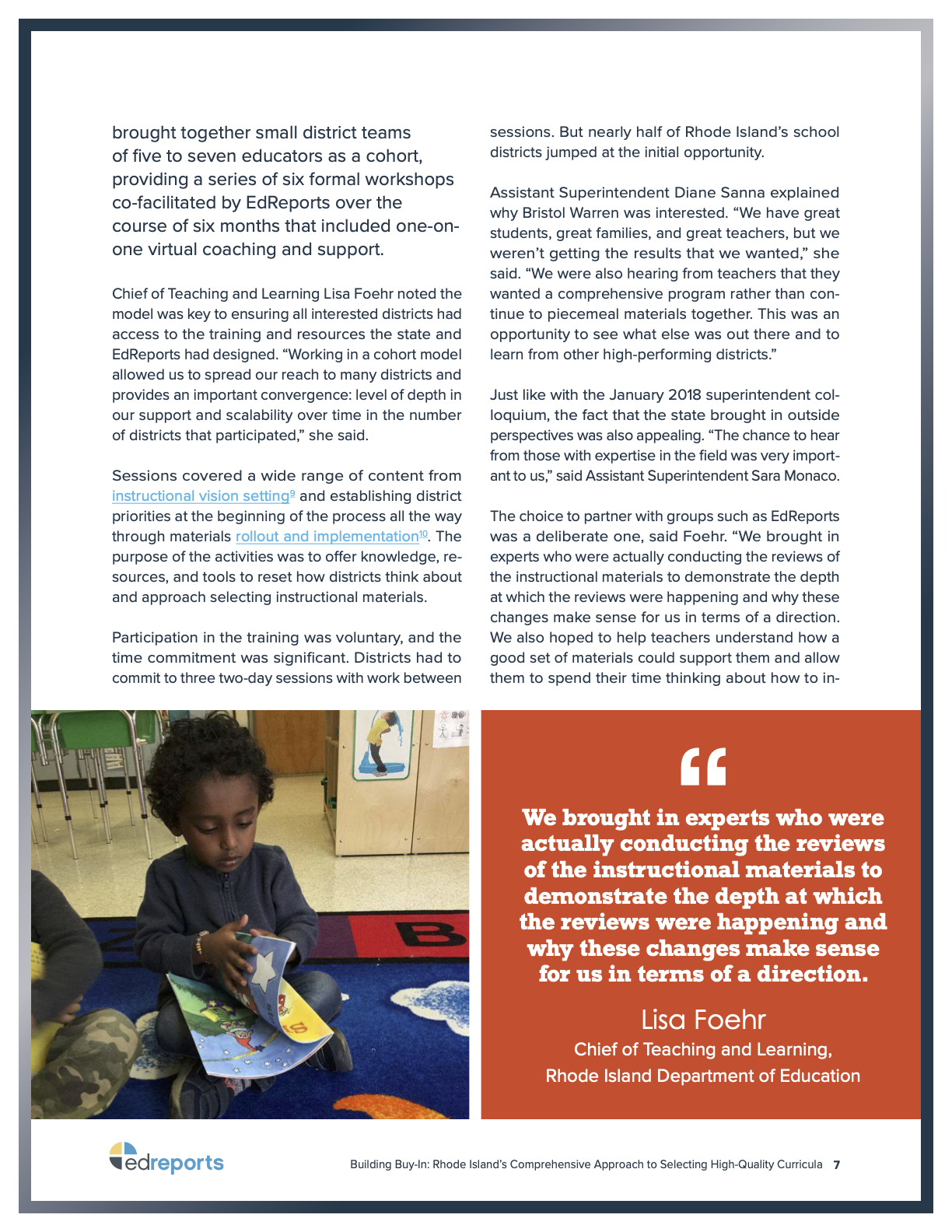 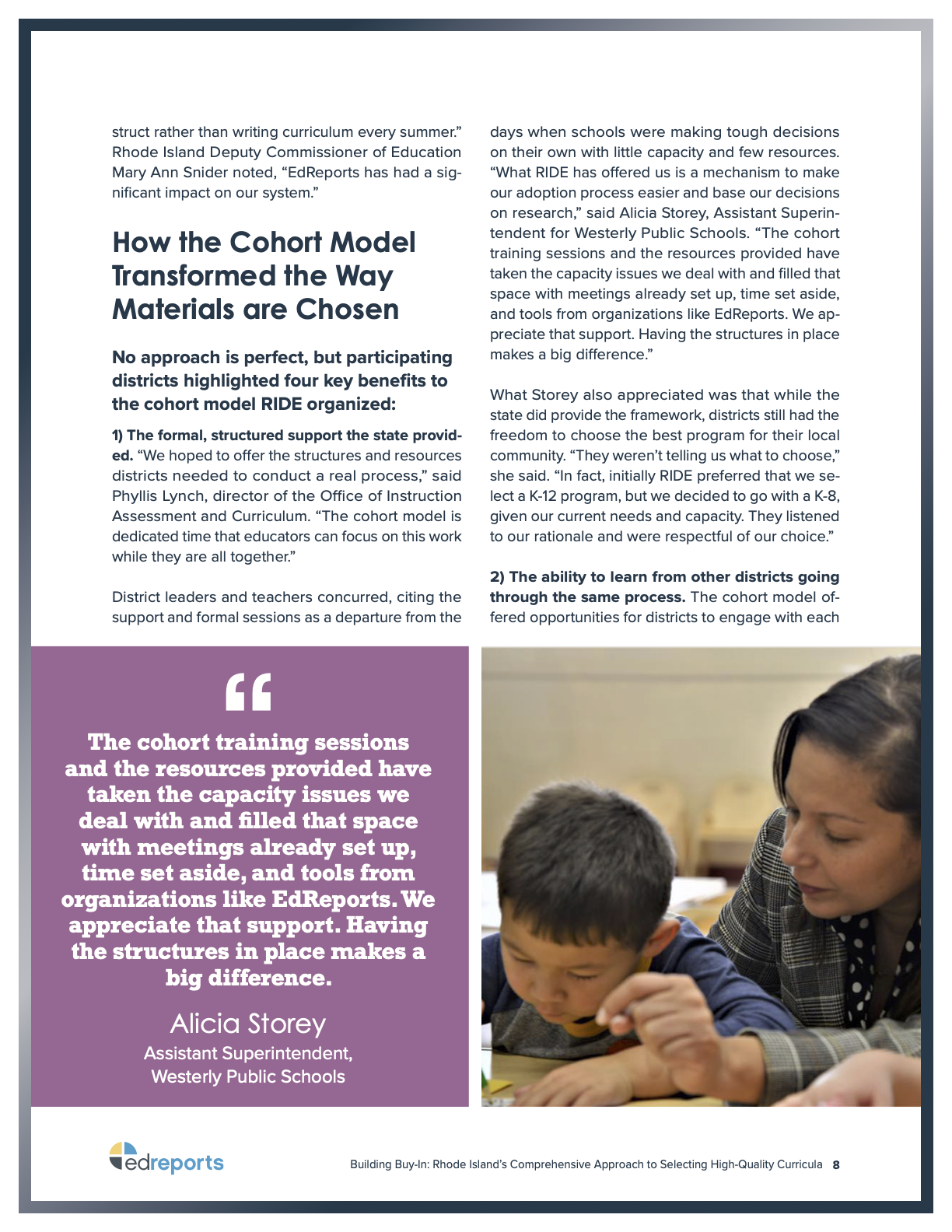 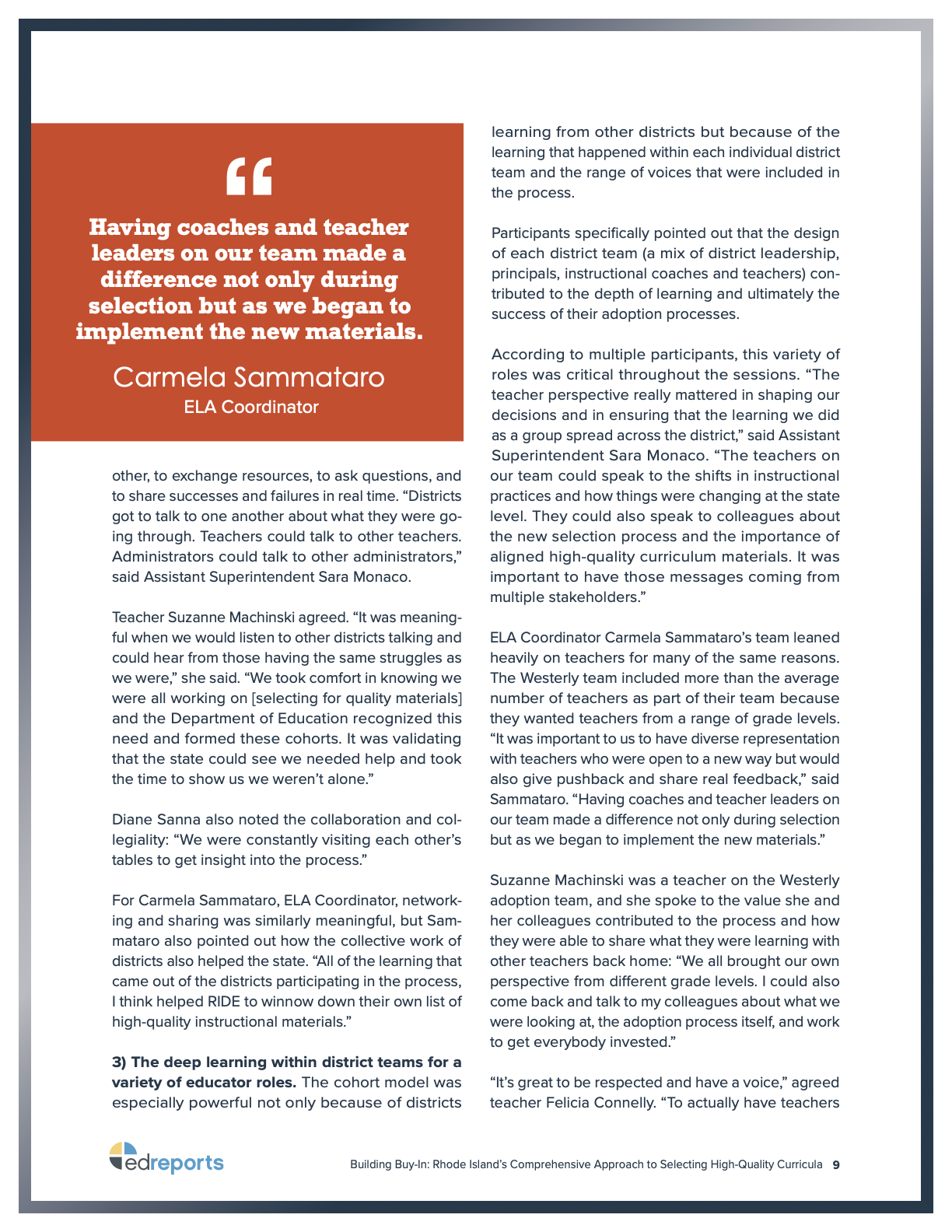 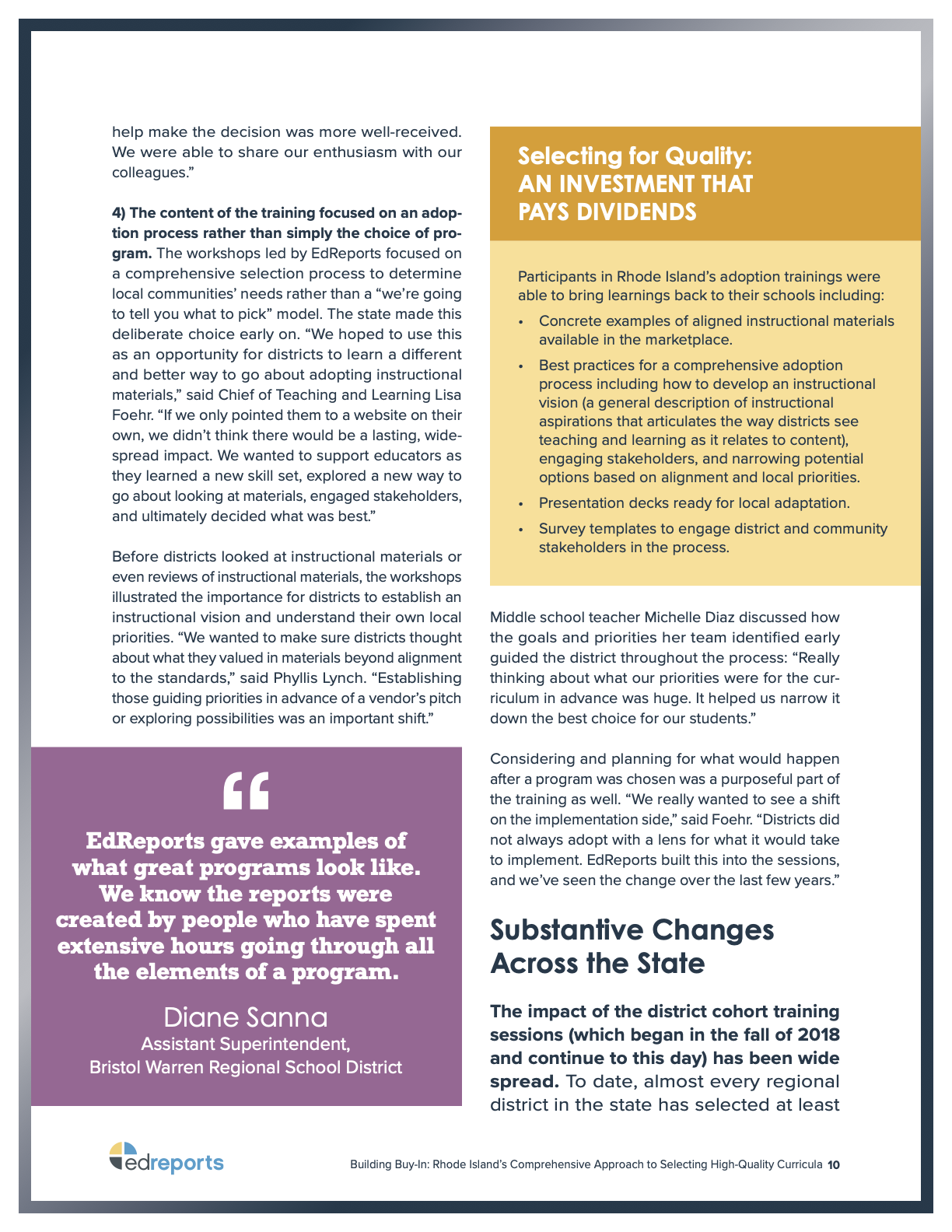 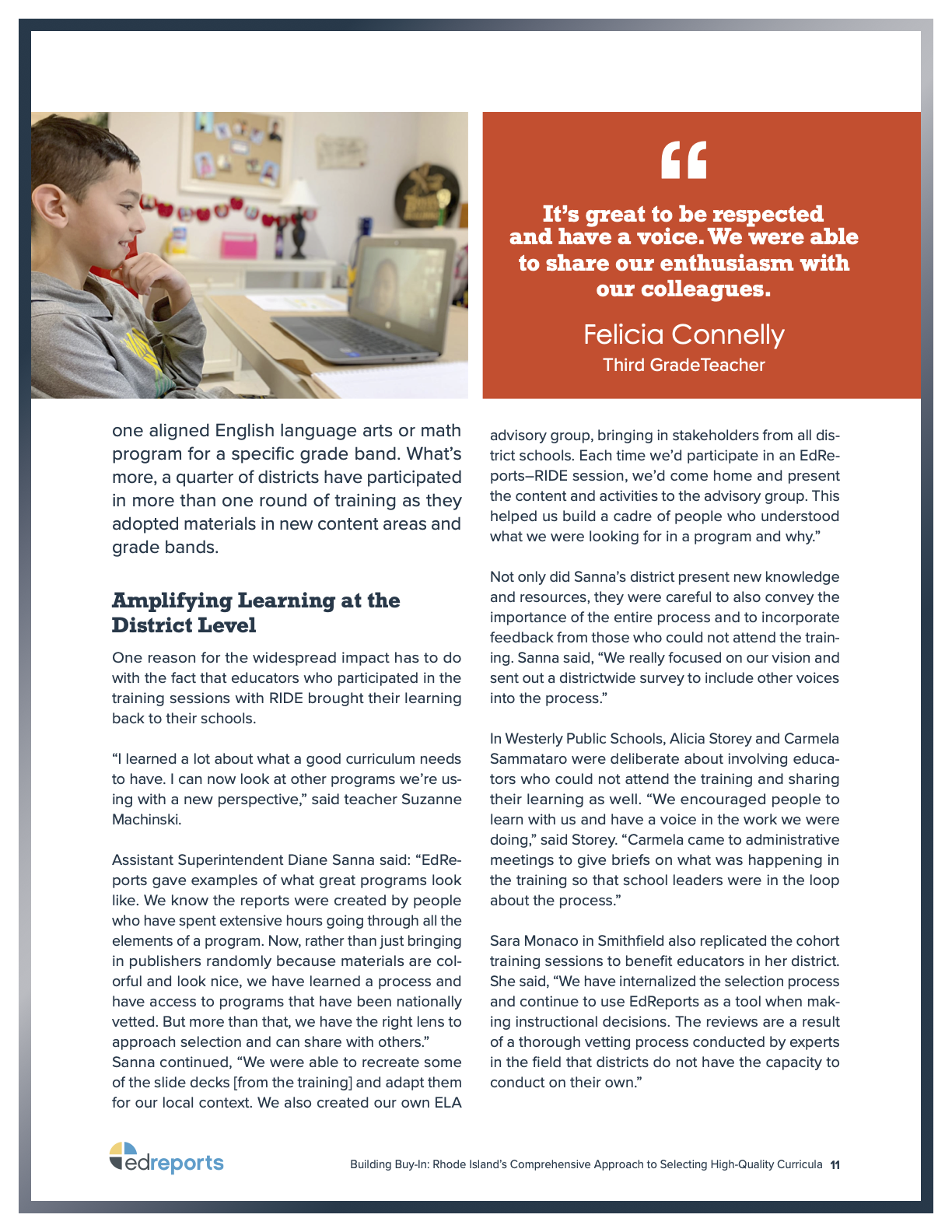 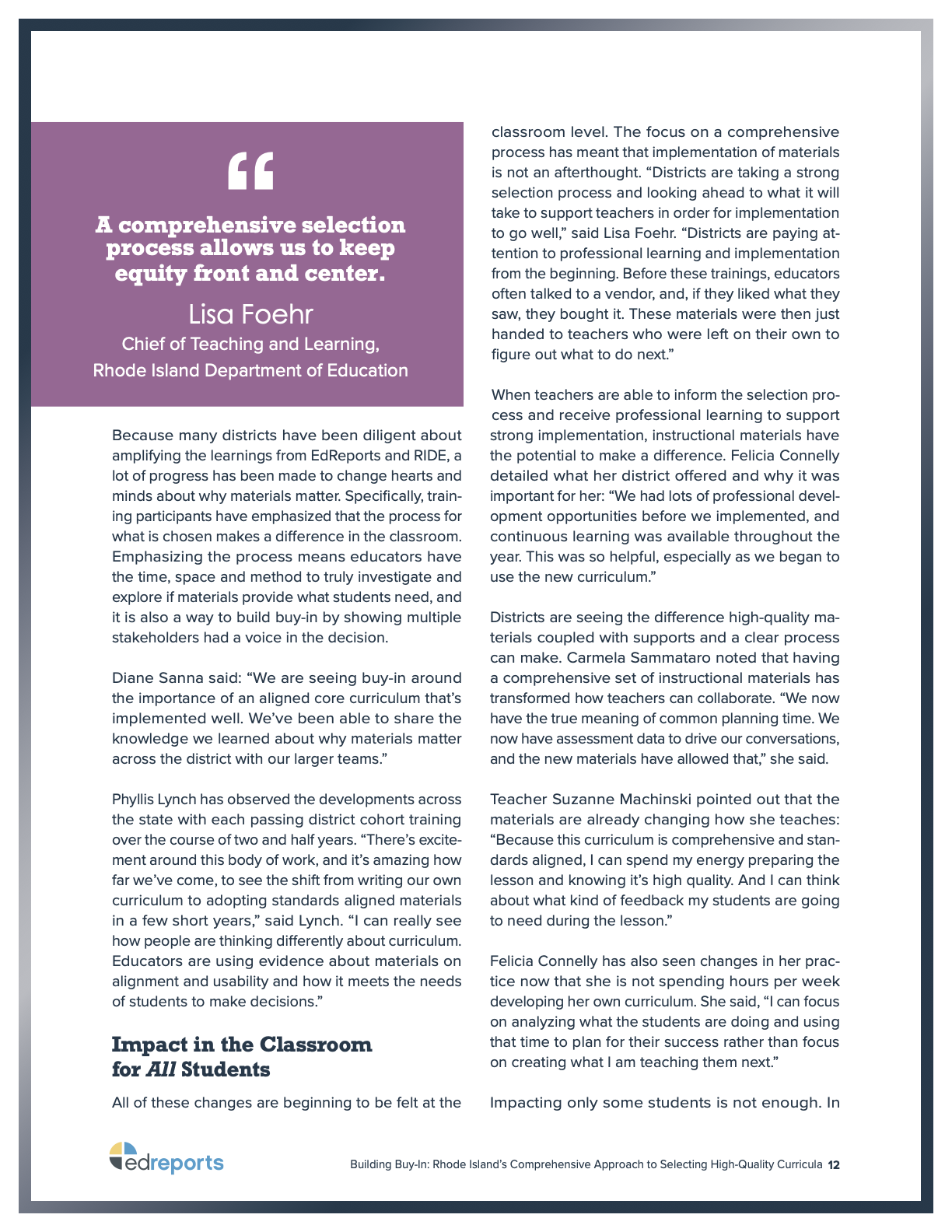 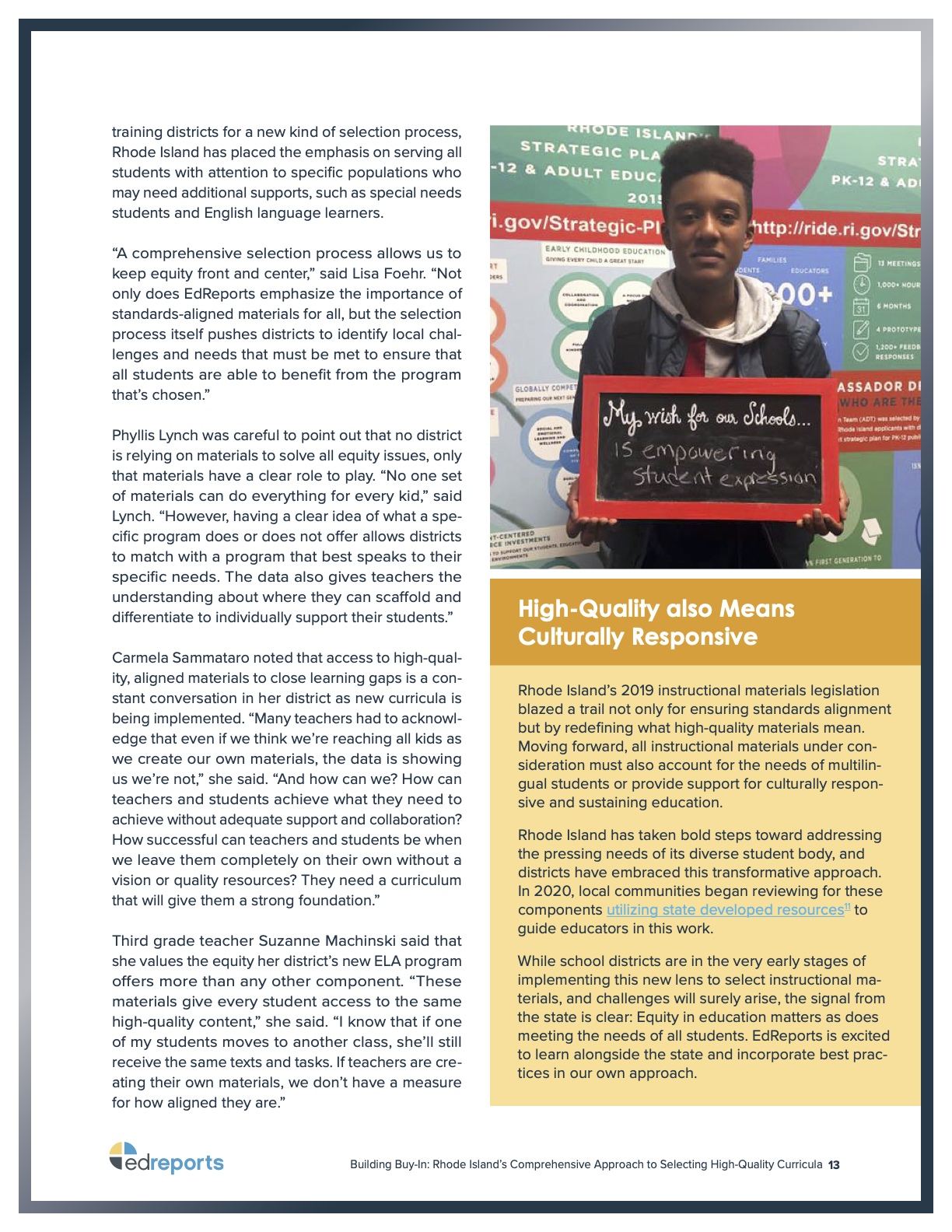 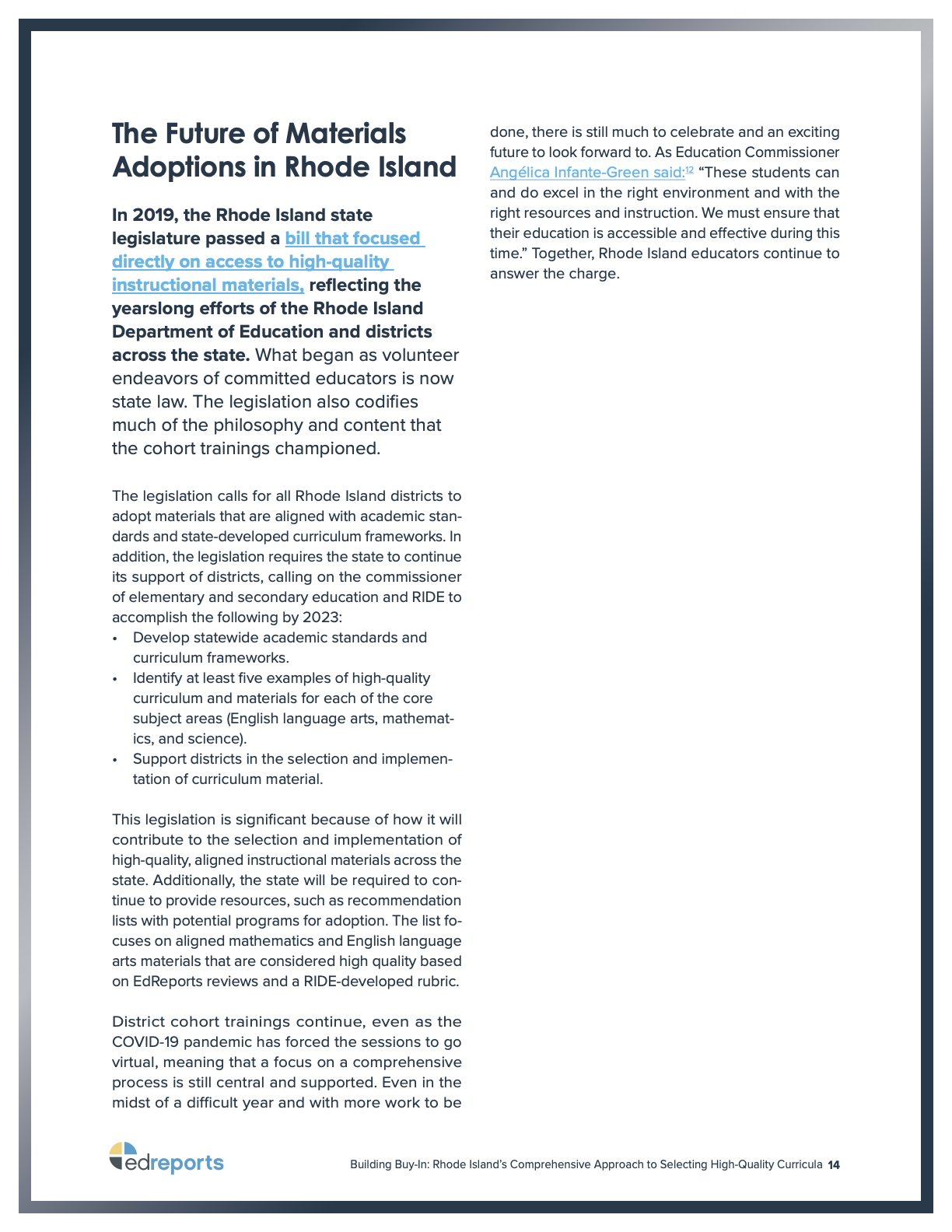 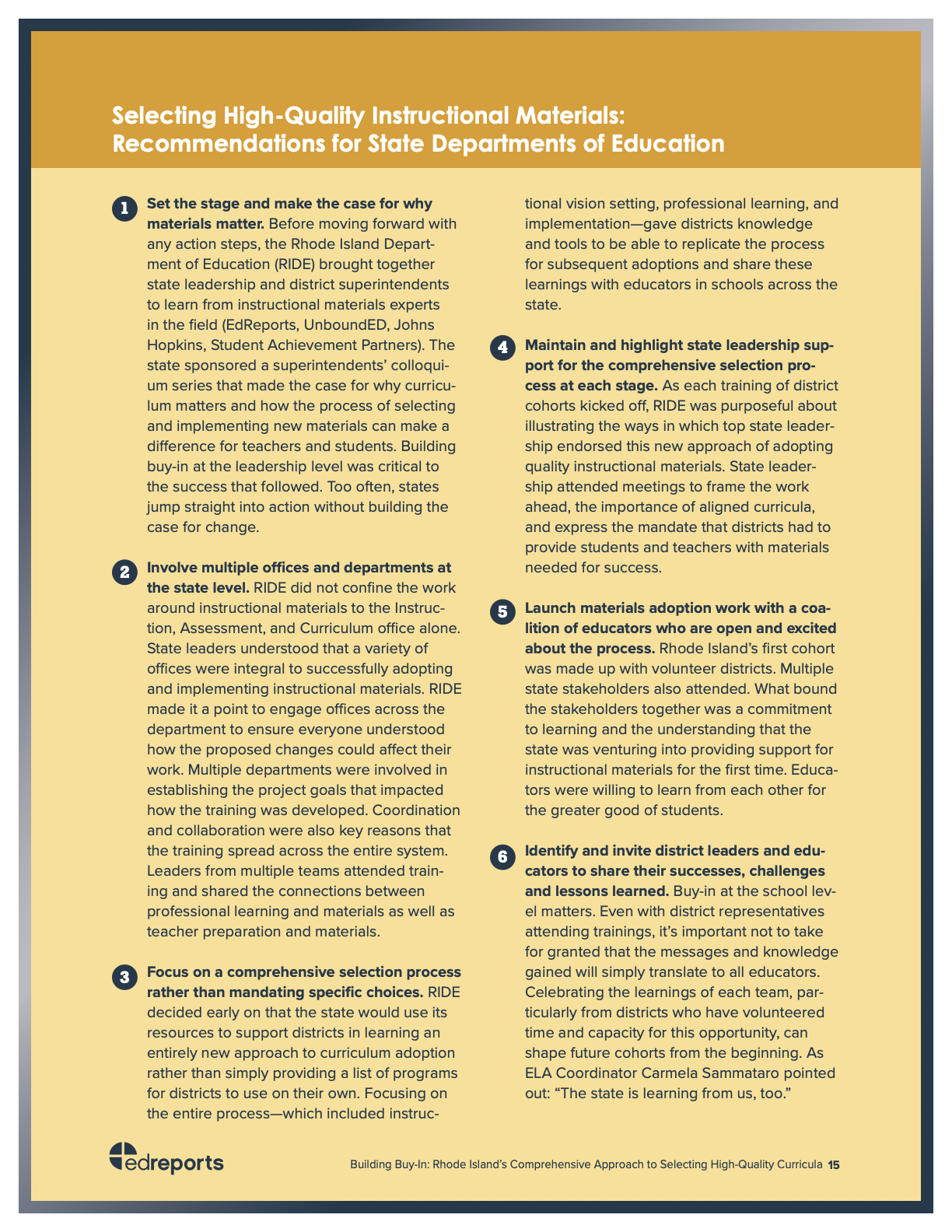 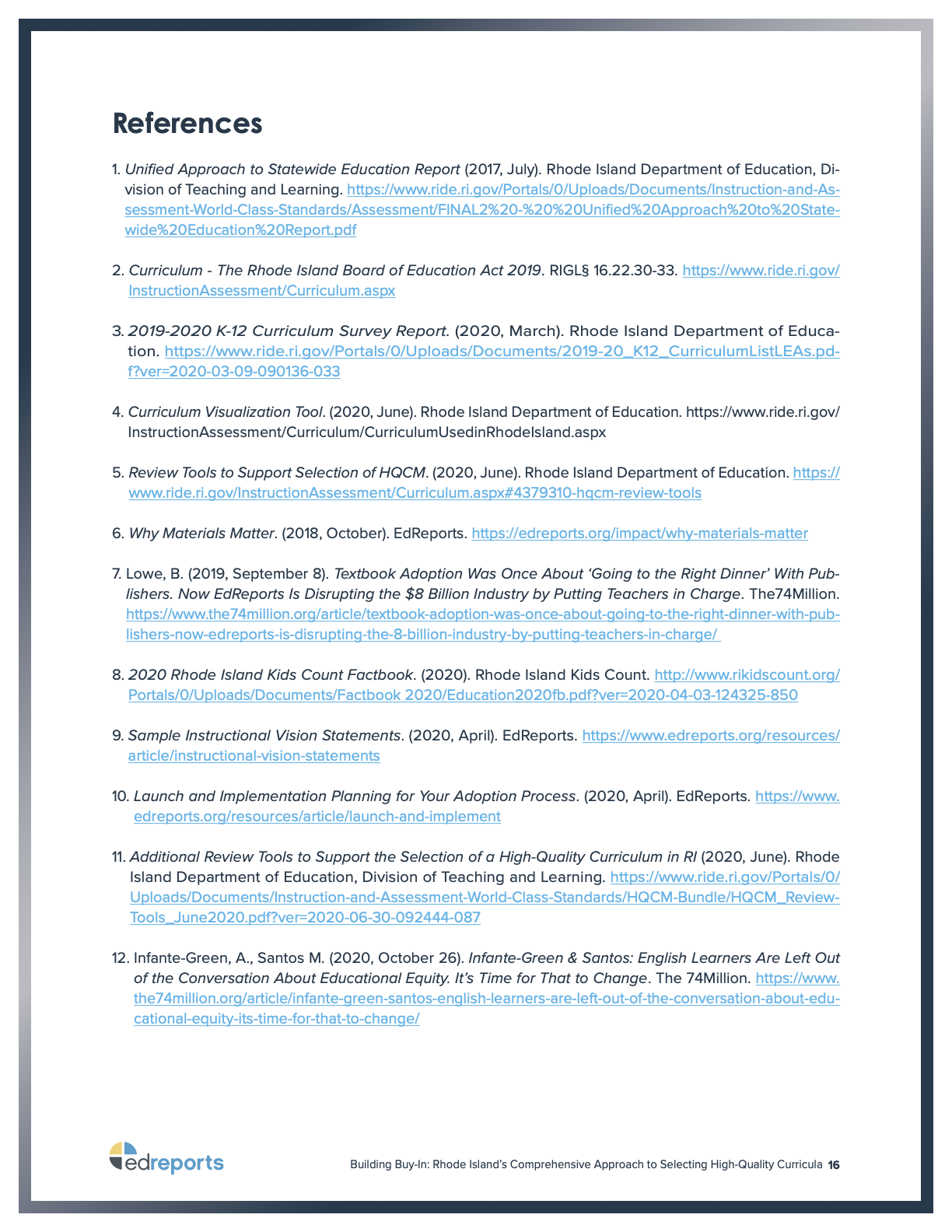